Music Camp Nepal – What I Learned

I have heard many times that music is a universal language. I believe that to be true, but I recently had the opportunity to put it to the test. I just spent 10 days in Nepal doing a music camp and teaching English as a second language to moms. Forgive the blurred faces in the cover pic, but I wanted to use actual pictures from the trip. However, I cannot show their faces. 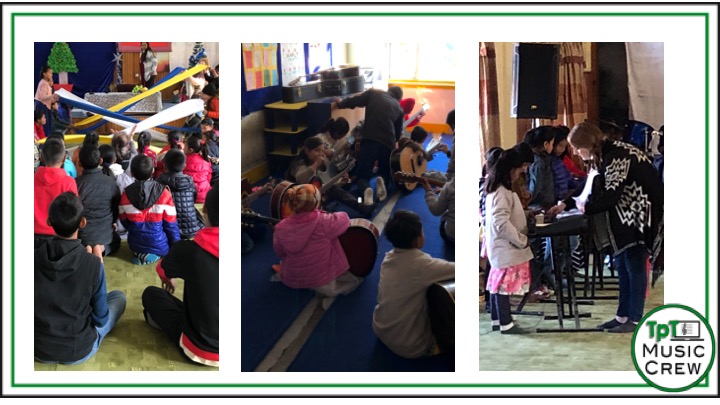 The classes the children could take were: Keyboards, drums, voice, or guitar. As a fun class there were also streamers, billow cloths, Boomwhackers, and sticks.

In Nepal, children are learning to speak English, but they do not know enough English to be without an interpreter. It was very different to have to stop every few sentences so that the interpreter could repeat what I was teaching.

On Day 1 I thought, “What in the world have we gotten ourselves into?”  On Day 2 I thought, “I don’t know that this is going to work.” On Day 3 I decided to have them perform for each other at the end of the day, in hopes that they would catch the vision of the program. This worked.  Day 4 and 5 were spent polishing what they had learned. Day 7 we performed for parents.

The long flight home provided time to reflect on what I had learned during this experience. Here are four things that I learned in those 10 days.

Darlene Abbott is a writer of preschool and children’s music and curriculum. She created Preschool Praisentations with Kathie Hill and has contributed to many products by LifeWay. Darlene is the creator of the Music Mom Products. She travels as an instructor and clinician for choir leaders, music educators, Children's Choir leaders, and day school teachers as well as women’s events.